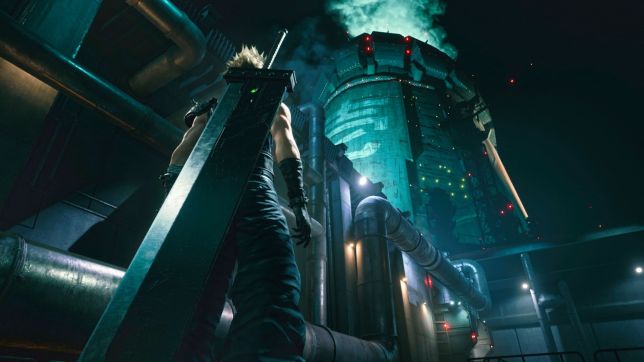 Mondays are always the worst days of the week with having to go back to worth and Friday always seeming out of reach. They can be really dull and demotivating but Square Enix decided to inject some weekend fun into the day and amp up the hype for the Final Fantasy 7 remake due next month.

The long anticipated remake of a beloved title finally gave players a taste of what to expect in today’s demo where we got to see Square Enix’s years of hard work finally pay off. At the demo’s title screen players are given control options such as; standard, inverted y-axis, inverted x-axis and inverted all so that each player can start the game with the controls they are most comfortable with. A rare luxury not offered in many games before even launching the game. The demo also came with 3 difficulties, one of which I personally think was a waste of time in development.

Players will be able to select between easy, normal and classic difficulty. The first two of which are straightforward but you may be asking yourself, what is classic difficulty? Veteran players may think it means turn based combat like the original until they toggle over the setting and read the description. The setting I believe shouldn’t have been programmed in since it is something like Safe difficulty in Persona 5. Everything is just like easy difficulty but attacking, dodging and blocking are all automatic and all the player focuses on is executing commands like items, abilities and spells. It’s very immersion breaking and takes a lot of fun out of the game.

Aside from that the other two difficulties are very solid and appeal for a wide range of players with different levels of experience. From a newcomer’s perspective, this remake has a lot of potential to be something exceptional that gets new players invested into the Final Fantasy franchise.

The graphics are just as gorgeous and jaw-dropping as the tech demos have showed. It’s almost insane the level of detail Square Enix poured into this title for even the smallest of things. Some cinematic scenes won’t even be on screen for more than a couple seconds and yet Square Enix put in their all to make everything be the best experience possible.

The gameplay and graphics enhance the overall experience of the main game and I think boost the execution of dialogue and delivery. When it comes to the specifics of the gameplay when you attack an enemy you charge your ABT gauge that allows you to select commands like spells and abilities to unleash more destruction on the enemies. Each enemy comes with an HP bar displayed above them as well as a stagger gauge just below that when filled up, staggers the enemy and allows for massive damage to be dealt.

While an enemy is staggered as you attack your limit gauge will also charge up to give you access to your max limit attack. For example, Cloud’s abilities in the demo are braver and focus thrust and his max limit attack is cross slash. For those new to the series, this would be his side-B attack in Smash Ultimate.

Overall, the demo was an amazing experience and I cannot wait for the full game to release on April 10th. Graphics are way ahead of their time and the gameplay, while not turn-based like the classic, is very challenging and rewarding and creates an intense level of immersion that perfectly compliments the cinematic story.