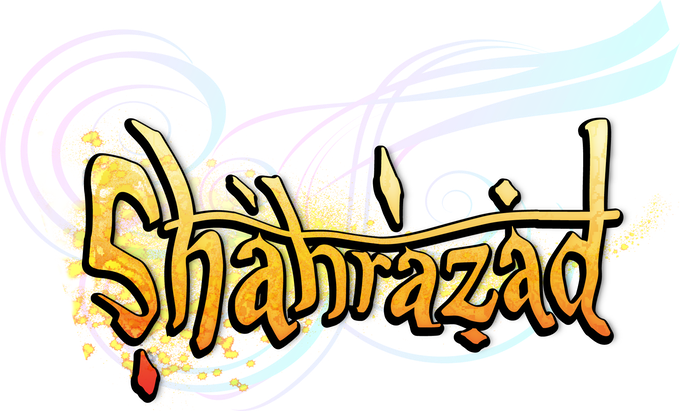 With the recent arrival of Shahrazad Sidequests to backers of Big Dog Ink’s Kickstarter campaign, we see a story that offers beautiful colors and scenery in an otherwise rushed storyline.

As a one-shot to BDI’s original series, the story follows the eternal storyteller on a quest to save Arthur’s queen, and in doing so she crosses a bridge, gets in a joust and saves the day. This is all accomplished over more pages then it sounds to write such a tale, and yet it felt like important details to build upon the narrative were left out.

We also receive large blocks of narration that end in being told that there’s too much to cover so things will be left out. This narrative decision was not something I enjoyed.

If the author was looking to add more depth to the original run, the team should’ve made this into a mini series rather than a one-shot. Doing so would’ve given me more reason to dislike the antagonist and appreciate the minor supporting cast that adds very little to the tale.

Gawain takes a separate path to save the queen, and yet he never resurfaces in the storyline. We never get explanations as to why the antagonists know how Shahrazad arrived, nor do we get developments as to build upon the drama.

Another weakness in this issue was the inconsistencies in the drawings for the fight sequences. Some pages showed strong positioning and made for fun elements, while other panels were blocky and without enough detail to make them more engaging.

The lack of fleshing out this one-shot and the inconsistencies in the artwork held this issue back, but it wasn’t enough for me to wholly dislike this issue.

Nei Rufino’s art when depicting the bridges or traveling to the castle and jousting offered some nice imagery and scene setting for the overall issue. I loved the sword bridge depicting old moss on it while maintaining its sharpness. Seeing Shahrazad using guns and other weapons that she’s skilled with during the fight were also cool.

With the varied good and bad aspects for this issue, the overall storyline was less than impressive, despite some strong elements in the art and colors department.

Compared to other crowdfunded series I’ve collected over the years, BDI’s one-shot is one of the weaker showings. Hopefully future installments of their other original ideas bear fruit. I’m looking forward to their take on the Disney Princesses in their current campaign, Princesses vs. Zombies.